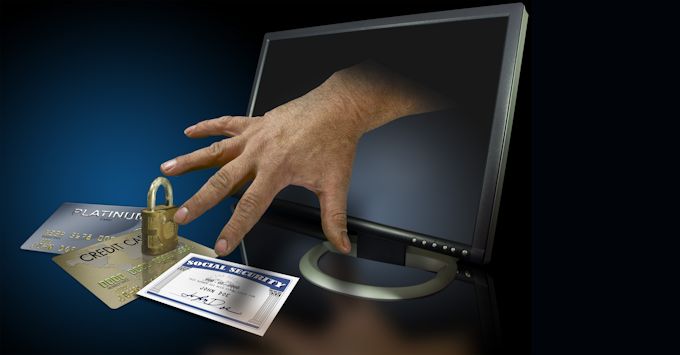 Tax refund identity theft is the theft of personal data and identifying information, which is later used to steal money from taxpayers and the government. The stolen information, which typically includes the full name, social security number and date of birth of real people, is used by thieves to file false income tax returns and redirecting the return check to an account or physical address in control of the identity thieves.

How Serious Is the Problem?

Tax refund identity theft is increasingly becoming a key concern for taxpayers, the IRS and other federal regulators. Data from the Federal Trade Commission (FTC) reveals that fraudulent tax refund schemes are on the rise. In 2010, such schemes were responsible for 15 percent of the complaints that were made to the Commission regarding identity theft. In 2013, the number rose to a whopping 43 percent and has been increasing ever since.

What makes the tax refund fraud particularly lucrative to identity thieves is the relative ease with which they can perpetrate it. Once the social security numbers of taxpayers have been obtained, some counterfeit documents are all that are needed for perpetrators to steal thousands of dollars. It makes committing the crime easier than stealing automobiles or selling drugs.

What Steps Is the Government Taking to Protect Taxpayers?

The government has amped up its battle against identity thieves primarily with the help of the IRS. Internal Revenue Service has recognized refund fraud as a key concern and is taking strong actions to actively safeguard taxpayers’ money while prosecuting those involved in identity theft and making false claims of income tax returns.

In the fiscal year 2013, the IRS trained over 35,000 employees dealing directly with taxpayers in recognizing frauds and helping victims. It handed 1,492 criminal cases related to tax fraud identity theft to its criminal investigation unit. It was 66 percent more than the number of cases that the unit had handled a year prior.

What Can Taxpayers Do to Avoid Being Victimized?

There are certain precautionary measures that taxpayers can take to reduce their risk of being victimized. These include:

Identity thieves make use of the last-minute rush for increased chances of success. Filing tax returns early allows the IRS to process claims sooner and make returns before perpetrators can execute their schemes. Once a return has been made to a taxpayer, it gets registered in the IRS database, preventing others from claiming returns using the same details.

Taxpayers who seek the services of tax preparers for making claims and filing returns must verify their credibility first. When filing by mail, dropping the mail off at a post office reduces chances of malicious interception by fraudsters. Unlocked mailboxes should be avoided. When filing via the Internet, only a private and secure network should be used. Public Wi-Fi hotspots or unsecure networks spell trouble.

Perpetrators are known to orchestrate schemes in the name of the IRS or other federal agencies. They may often contact via text messages, phone calls or electronic mail, soliciting private information in the name of a regulator. However, it helps to know that the first channel of contact for the IRS is postal mail and taxpayers are advised not to respond to any other communication.

Reporting such communication to concerned authorities is a good idea since they can track the IP address back to the perpetrators or thwart attempts using other methods. The IRS as well as other government agencies and NGOs maintain an exhaustive list of resources where taxpayers can obtain reliable information.

Kevin Smith is an agent at Smith Insurance and Financial, Inc. in Big Bend Wisconsin. Kevin can be reached at kevin@smithinsurancewi.com

Get a Quote!
Refer a Friend!
Mike is absolutely amazing and extremely helpful to meet my insurance needs at a reasonable price. I highly recommend Smith Insurance.

John A K.
18:04 26 Jun 22
I have had insurance through Geico for 10 years motorcycle business car renters insurance I switched to Smith insurance because my first name is Glenn and they used to call me gren I didn't know if I was talking to somebody in Bangladesh or Vietnam Smith insurance is very personable Mr Smith and his son are on top of their game I had they gave me a better rate than Geico could ever give me so I didn't save through Geico this is more like family than just a number he actually calls you by your name. Works very hard to get you the best rates and response to phone calls within one or two hours no matter what time of day Mr Mike Smith is fantastic

Glen D.
14:51 22 Jun 22
We have always had very good service from both Mike and Kevin. They take pride in what they do and call back or keep us informed when needed. The customer service is above and beyond what you see elsewhere and I very much appreciate it.

Kevin M.
18:31 09 Feb 21
Smith insurance is a great place to work with. Kevin and Mike are very responsive easy to talk to and very knowledgeable. I love to support small family run businesses and this fits the bill. Would recommend them to anyone with insurance needs.

Dylan R.
14:45 16 Oct 20
Mike was my father’s business insurance agent and has been mine for nearly 20 years. He, and his son, Kevin, take care of all the coverages and weird stuff that pops up for our business, our properties, our employees, and all our personal needs as well. And we hit the occasional Packers game together!Whether vehicles, homes, bonds for the city for construction, and claims - they deal with it all with just a phone call or email. Mike Smith Insurance has been a huge part of our success.

Adam M.
14:31 16 Oct 20
Mike and Kevin are always very responsive to our needs. Their customer service is fantastic. Our family and extended family have worked with Smith Insurance for many years. Thank you!

Cheryl S.
12:21 16 Aug 20
I was with my previous insurance company for many years. After getting a quote from Kevin I was able to save a considerable amount of money. Kevin is always available to answer my questions in an efficient and timely manner. I would highly recommend Smith Insurance & Financial Services.

Heidi N.
16:24 15 May 19
After being with my other insurance agency for over 15 years I recently switched over to Smith Insurance. Kevin noticed that my previous insurer didn't have the proper coverage I needed. He was able to get me the best insurance for my house and vehicles at a great price. It has been so easy and stress free working with Kevin. Any questions I had were answered in a timely manner.Smith Insurance handles my entire family

Andrew F
16:03 15 May 19
I have been with Smith Insurance for over 20 years and have had a lot of companies try to get me to move. You will get no better service or prices anywhere else. He is the only one that ever called back right away when I had an accident. Try them you wont regret it.

RGW
10:54 20 Sep 18
Mike and Kevin are awesome at making sure you have what you need, and not trying to push the unnecessary things. We have had Smith Insurance for 15 years, and just feel like we're old friends instead of a business relationship.

rebekah C.
20:31 18 Sep 18
This is an amazing agency! Have worked with them for many years. They always help with any questions we have, personal or business related. The response time is amazing.

Skip M.
13:51 26 Jul 18
Smith Insurance has always given a full review of insurances available to me, the costs and the reason of perhaps not choosing the cheapest. I was referred by my daughter and have referred my brother and others. Father and son have been thorough and respond quickly.

Linda P.
02:22 24 Apr 18
Mike has been my agent for 24+ years. Handles everything with just a phone call. Awesome customer service. Highly recommend to anyone

Jena C.
18:00 20 Apr 18
All the people at Smith Insurance are friendly reliable people. They excersize phenomenal customer service and treat you like a person not a number. I've been with them for a couple years now and they have never let me down or pointed me in the wrong direction. They are very professional and knowledgeable in there trade and I would recommend them to anyone looking to purchase insurance and have in the past. Thanks guys for all the wonderful work and service you have done for myself and others.

Ryan A.
16:36 22 Feb 18
I needed a ride home after dropping my car off at the body shop and Mike Smith graciously picked me up and took me home. You don't find that kind of service anymore. I truly appreciate him offering and following through with it. Thanks so much Mike. He is always available when we have questions and is extremely helpful. Highly recommend Smith Insurance.

Nina B.
20:17 19 Feb 18
We have had Smith Insurance for at least 15 years and they have always had great service. I have looked at other insurance companies, but none of them could beat their price. We look forward to many more years of great service from some true professionals.

Robert H.
19:04 21 Dec 17
Love the personalized service they provide with competitive rates. Prior to this I used one of those "easy" online providers and would never go back. Smith Insurance has given me better rates and the comfort of knowing they are easy to get a hold of and personally care about their customers.

Nicole L.
18:41 16 Nov 17
I called around multiple insurance companies, Smith Insurance gave me the best quote for my rental properties. They were super easy to deal with, great communication, and replied back in emails fast. Thanks Guys

Pete R
19:55 31 Oct 17
Mike has helped us greatly in the past 15 years with them. they are fast and very good at what they do and take there time in talking with us. We appreciate all the help mike has given us.

Joseph N.
20:23 21 Sep 17
RESPONDS QUICKLY (EVEN ON WEEKENDS), TAKES CARE OF EVERYTHING. EXPLAINS THINGS WELL TO THE "LAYMAN". GOOD STUFF. KEVIN IS AWESOME.

Mackenzie S.
14:39 15 Aug 17
Joe has been amazing in helping us get coverage for both our personal and business needs. He proposed many options, discussed the pros and cons of each and made filling out all the paperwork extremely easy! I would definitely recommend working with this company.

Dylan K.
16:26 18 Nov 16
Smith Insurance has provided insurance coverage for both my personal and business needs since the late 90's. The detail work has proven to be unmatched. The response time for policy changes is spot on and immediate in nature. Mike has always been very acessible to address my needs.On the few occasions claims had to be submitted, Mike has always been very involved and detail oriented.Timothy Schuetz,President,Automotive Parts & Equipment Corp. 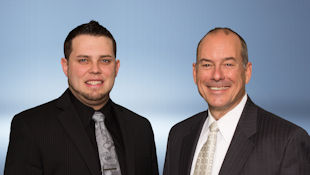